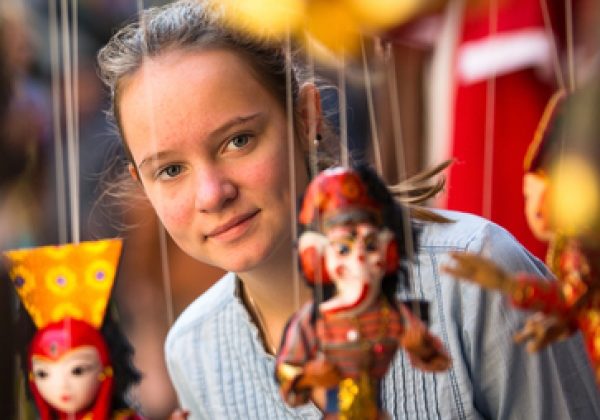 For most foreigners coming to India, the most common question is, “Is India safe?”

India is such a vast country with over a hundred cultures, ninety-five languages, and over 220 dialects. It attracts a sizable number of tourists every year.

The safety measures are being tightened by the day, as the cloud of extremist violence and terrorism has tarnished India’s image. Though the acts of terrorism are taking the locals by awe, leaving foreigners alone, you can leave nothing to chance as there have been numbers of cases reported that claimed foreigners’ safety. However, India being so vast and culturally divergent with so many social groups, safety differs from region to region. And as to comply with the safety measures, you will have to get a thorough idea of whom to call.

So is India safe? There are petty crimes of which a foreigner should always be aware; this is a likewise pressing concern than road safety, sanitation, and food safety. Here are some essential safety measures a foreigner must abide by and some brief info on Indian anti-crime cells:

Road Safety: Though India is seasoned with petty crimes, foreigners are the least to fall prey to robbery or any such violence. Going by your skin color, dressing, or whatsoever, you will stick out in a crowd thus be exposed to pickpocketing, overcharging, and small scams. There is a skyrocketing crime hike with foreigners traveling in Indian transports, they are neatly robbed or assaulted while riding in taxis or rickshaws, so it is best to avoid taxis that already have passengers or shuttles. If you want to drive by yourself, check out driving in India.

Dressing: Dressing modestly can curb the chance of robbery a lot; modest dressing doesn’t acquire unwanted attention. And by the by, you’ll grow accustomed to the Indian dressing sense. Women passengers are mostly at the butt of all sexual attacks, so they should avoid traveling alone, in that case, an Indian confidante for a companion in your journey will save you from verbal abuses at least. The filth they hurl is called ‘eve-teasing,’ to avoid that you should avoid walking alone in deserted places or taking public transport at night.

If confronted by begging children, give them food, not money, otherwise more beggars will gather up to pester you for more money. On the other hand, the child will be benefited from the food as he may have to handover the money to an adult.

Terrorism in India: Is India safe from terrorism? Unfortunately, no country is safe here. Terrorism is an eternal threat for India, which took to the metro cities like Delhi, Mumbai, and Kolkata only to claim thousands of lives. Figures say that it is typical of the attackers to victimize those places thick with foreigners, such as tourist spots, hotels and markets and places of worship. In the aftermath of the 2008 attack, security in major cities has been hastened all the more.

During your stay in India, keep a check on the government announcement of tentative terrorist attacks, especially on the National days of significance in India, such as 15th Aug, 26th January. Ideally, you should avoid visiting potentially crowded places during those days.

Sectarian violence too had its malice spread on India and the government already declared some areas as sensitive, though the foreigners are not directly exposed to the brawl, yet a problematic area should be avoided for one’s safety.

The armed clashes remain the core problem between India and Pakistan over India’s northern state of Jammu and Kashmir. Governments of all states have always warned their citizens not to visit Jammu and Kashmir fearing a potential mishap; this applies to the foreigners yet.

Some rural areas of Bengal, Jharkhand, and Orissa are still tarnished by Maoist violence. Maoist is an extremist group, known as Naxalites which emerged back in the 1970s and have been killing the local police and local party workers ever since. You should avoid the threatened rural places, especially the border regions of Andhra Pradesh, Maharashtra, Madhya Pradesh, Uttar Pradesh, Bihar, West Bengal, and Orissa.

Protest Rallies: Protest rallies are a way of life in India and the people are pretty much accustomed to dodge through the rallies or take short cuts. The said rallies might not engage violence but is a nuisance. Unlike Indians, you may not have the mastery of pushing your way out of the rallies, wait for the security forces to do the honors.

Transport Safety: The taxi and motorcycle drivers in India are always unafraid by regular accidents, so speed down if faced with such a bone-head. Beware of pickpockets in the buses, trains, and metros; avoid rail routes tearing through the Maoist hit areas of Bihar, Bengal, and Jharkhand.

The loopholes of incredible India have been pointed out here because your safety is our concern. Don’t be an easy victim; let your confidence be your strength.

Is India safe? It is mostly safe. But it’s important to take precautions.