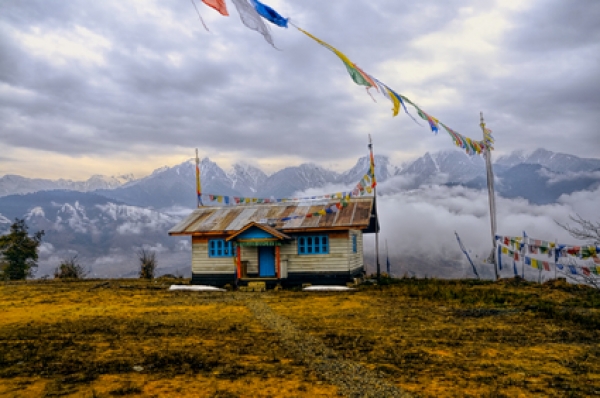 The area of Tawang spans about 2085 sq. Km and the borders that fall in the different regions are respectively Tibet in the North, Bhutan in the South-west and Seal as well as West Kameng district in the East.

According to the popular belief by local people, it was named Tawang by Mera Lama in the 17th century. To reach Tawang from other parts of the country, one needs to land in Guwahati or Tezpur in Assam in the first place then pull the journey further to Tawang. Bhalukpong falls halfway to Tawang which is located in the West Kameng district of Arunachal Pradesh. After that comes, the Bomdila and Sela pass in case of a journey to Tawang by road.

People from Tibetan origin rule the Shyo village that apart from the other places which are ruled by Monpa tribes, who originally belong to Mongoloid stock. Their houses lined up along the region are also tourist magnets being built by stones and timbers. They are well built and fair in complexion unlike the other tribes in Arunachal Pradesh. They live on Agriculture and Animal husbandry mostly.

Places to visit in Tawang

Belonging to the 17th century, Tawang monastery is the inner breadth of the social and religious life of the local people. Both the exterior and interior of the monastery have charmed its way to the visitor’s hearts being distinctly beautiful, where the library needs a special mention for keeping the special religious books in their collection. Otherwise known as the “Golden Namgyal Lhatse,” this monastery is devoted to love, learning and the purity of life.

In Arunachal Pradesh, there are two important festivals observed such as “Losar” and “Torgaya” which is annually celebrated as the year begins. Every third year of Torgaya, the Dungyur festival is celebrated, and all these take place in the Tawang monastery.

The lakes around Tawang have a phenomenal beauty that attracts many visitors throughout the year.

Some famous lakes are:

The beauties of these lakes can’t be put to words, only eyes can see what words can’t describe, and it is one of the remarkable places to visit in Tawang.

Tawang’s temperature is in the lower side throughout the year hence warm clothing is highly recommended no matter what time of the year you choose to visit Tawang.