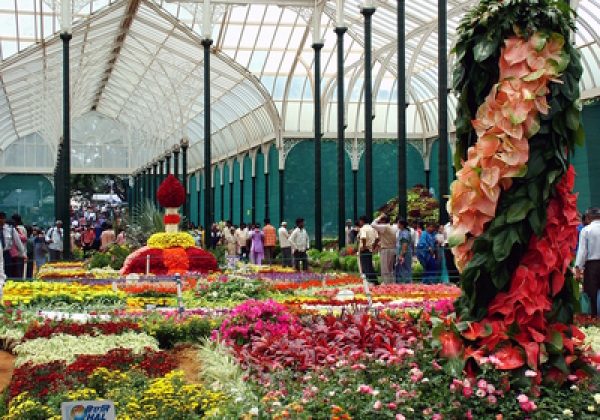 Thinking of Bangalore, what crosses the mind at once is the climate, hence called the air conditioned city of India. Located in the Deccan Plateau of the South Eastern part of Karnataka, this is the third most populated city in India which is hugely known as both ‘Silicon Valley of India” and “Garden City of India”. The city which is now called Bengaluru sits 3000 feet above sea level and is inundated with cultured trees and gardens. Prior to the IT revolution, Bangalore was known as “Pensioners’ Paradise” which then went on to radiate industrial success to inestimable limits.

A city that boasts of the most posh and beautiful crowd from all walks of life and a healthy assorted culture, is mostly sought after by the generation who want a big leap in their respective careers for Bangalore is industrially rich and believes in high-living. A person is likely to change to bits coming to Bangalore. The city itself is continuously aging before other industrially enriched cities in India and quite visibly so. Here under discussed is what ups the ante of Bangalore in a visitor’s eye. It’s a modern city and the pubs, bars and microbreweries are some of the places to visit in Bangalore besides the architecture we’ve listed below.

As Bangalore is never on the boil during the summers, people come for a footloose in the city and collecting crisp memories from the urban enigma. Since Bangalore’s mojo lay in the malls, city hopping, shopping or simply having an eyeful of the stylish crowd or hitting the famous pubs for shaking a leg, there are some other heritage sites that are worth a many visits, here are some architectural places to visit in Bangalore:

The pomp and grandeur of non-Dravidian architecture to which the four domes in the four sides stand witness, attracts many tourists throughout the year. The Vidhana Soudha was built around 1954 to gradually become a landmark in Bangalore. Vidhana Soudha houses the legislative Chamber of Karnataka Government and encompasses many government departments.

The two storey building was raised in 1867 under the supremacy of Tipu Sultan. Gothic style architecture reigns here supreme and the building is enveloped in red paint with Corinthian columns. This is situated at the entrance of Cubbon Park and is a house to the High Court and many lower courts.

In a fleeting distance from the courts, there is the State Central Library building in “Pompeian red” colour whose architecture engages stone and fluted pillars with walls dabbed in lime plaster. There is a collection of unusual coins, sculptures, inscriptions and old paintings in the museum. Venkatappa Art Gallery is a notable gallery in Bangalore located nearby which showcases famous paintings, plaster of Paris works and wooden sculptors which famous artists like Venkatappa and a few other contemporaries.

The rarest of rare collection from the list of tropical and sub tropical trees grace the 240 acres garden, an ultimate spell caster. The royal glasshouse therein, which was raised in the year 1889 to venerate the visit of the Prince of Wales, resembles London’s Crystal Palace. It was a start run by Hyder Ali in 17th century which later was handed over to his son Tipu Sultan to look after. The name “Lal Bagh” was derived from the collection of red roses than bloom entire year there. Independence Day and Republic days soak the garden in festive colours and there is also an exhibition of hybrid vegetables is held to celebrate both the events.

With the lush green for a company lacing the 300 acre area, Cubbon Park is a great place to while away time. The name Cubbon came from the name of the erstwhile Commissioner of Bangalore, Sir Mark Cubbon. Wide varieties of indigenous and uncommon trees are to be seen in the park. Joggers, walkers and nature lovers seek after this place the most for the beautiful greenery. There is an adjacent park called Bal Bhavan where kids enjoy to the fullest. There is also an aquarium showcasing many a decorative fish.

This palace which has a deep bearing on England’s Windsor Castle, was raised by HH Chamarajendra Wadiyar X. The breathtaking architecture, cultured flowers, arches, wide green lawns and graceful wood carvings clamp up the rhapsody. Bangalore’s palace and forts demand almost half a day of your visit.

Tipu Sultan palace and Fort is equally majestic to the viewers which stands witness to the genius from the bygone Architecture. It was actually built by chikka deva raya in mud which later was restructured by Hyder Ali during the Indo-Islamic period and reached completion during Tipu Sultan’s (Hyder Ali’s son) time. The adjacent Hindu temple boasts of Tipu Sultan’s religious tolerance.

A very famous lake in Bangalore spread over 125 acres with beautiful scenery for company, was constructed by SirLewin Bentham Bowring, the then Commissioner of Bangalore. The lake authority allows both boating and swimming, hence a great tourist attraction during the summer days.

It was founded in the year 1989 with a pledge to spread awareness within students and the public about Astronomy. They religiously hold shows till date to boost the campaign throughout the week except for on Mondays.

These are just some of the places to visit in Bangalore. The city is also called the pub city of India and has several microbreweries and a vibrant nightlife. Check out some of the pubs in mg rd, and the hundreds of Cafes and resturants sprinkled around the city.

places to visit in bangalore